Resilience is the result of sustainability being the driving force of a community’s growth. With this in mind, SSDN’s Southeast Sustainable Communities Fund (SSCF) provides governments in the Southeast with the financial capacity to foster tangible, resilient growth in their communities. Equipped with a $300,000 grant from SSDN, Tennessee homeowners are now able to rely on more affordable, energy-efficient housing made possible by home weatherization. 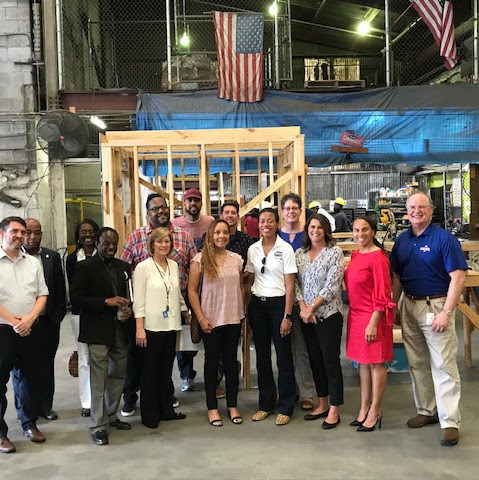 The City of Nashville, in partnership with Goodwill Industries of Middle Tennessee (GIMT), has incorporated weatherization to GIMT’s Construction Training Program via the National Center for Construction, Education, and Research (NCCER). This new Construction & Weatherization Training Program will provide students with holistic resources for success – including licensing, housing, and employment – and allow Nashville homeowners to ease their home cost burdens.

State-wide, the Tennessee Valley Authority (TVA) and the Nashville Electric Service (NES) have partnered to weatherize and modernize homes for low-income earners to both lower their annual household greenhouse gas emissions and make water usage more efficient. In the Nashville metro area, homeowners and renters in the bottom income quartile spend roughly 20% of their income on energy costs, mainly due to inefficient homes. Nashville officials chose home weatherization as its grant focus in order to fill this strong community need.

When the City of Nashville reached out to the community in search of proposals for an exciting home weatherization training program, it was a disheartening surprise to see that none were submitted. Instead of giving up, however, city officials got creative and approached GIMT with an idea to add weatherization to their already well-esteemed Construction & Training Program. In a windfall moment, they found that NCCER already offered the weatherization course that now supplements GIMT's basic training curriculum. 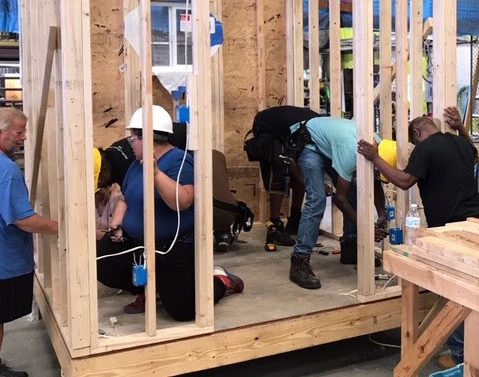 Accessible by free shuttle, and accompanied by a weekly stipend, GIMT’s full-time, four-week Construction & Weatherization Training Program will now allow students to become construction professionals armed with the hands-on learning tools needed to weatherize homes. This new curriculum will ensure that Nashville will no longer be held back by the scarcity of qualified contractors and workers in home weatherization.

GIMT will continue to offer weatherization construction training long after the City of Nashville’s SSCF funding has expired. This program will meet the growing demand for qualified workers and contractors to create more resilient housing, as well as save low-income families significant money in home heating and cooling costs.

Highlights from Participants in the Training Program:

“When I start hiring employees, they are going to complete the Goodwill course if they want to work for me. I have been telling everyone I know about it, including veterans.” — Sucrontay Stanley, retired veteran and graduate of Goodwill's Construction & Weatherization Training Program who now co-owns a construction business

Thirty-year-old mom Lateasha Davis said her housekeeping supervisor position had become boring. She and her four children also lacked longterm housing — living in a hotel in Madison. At a Goodwill-hosted job fair, she learned about Goodwill’s Construction Training Program and entered the program in January of 2018. She worked hard and settled on a goal of one day owning a cleaning service that also performed minor repairs. Soon after graduation, she was hired by Messer Construction and helped build a Family Justice Center at Metro Nashville Police Department’s new administrative headquarters. Her new pay rate allowed her to move into a home. Lateasha left the job to have her fifth child, but then enrolled in an entrepreneurship course with a local nonprofit. Soon after, Lateasha launched her dream business: Bless This Mess Cleaning and Repair and gained several clients.

Read our latest stories on sustainability in the Southeast.